Shanghai Chenshan Botanical Garden has achieved initial results in the discovery and conservation of rare and endangered species of Salvia. The new species Salvia daiguii YK Wei & YB Huang was published online June 7 in the Edinburgh Journal of Botany.

In China karst regions are hot spots of biodiversity and are a particular focus of our collection programme. In one trip in October 2011 to Zhangjiajie, a well-known National Geological Park, we were greatly helped by Zhang Daigui, an experienced plant hunter who helped us learn more about theSalvia species of this mysterious area. One day we collected a Salvia plant which was found along stream-sides, growing in cracks in the rocks, and apparently well adapted to intermittent floods. It was initially identified as Salvia cavaleriei Levl., but further investigations in the field and comparison with herbarium material of S. cavaleriei and the morphologically similar S. prionitis Hance have demonstrated that this collection represented a new species which we are naming S. daiguii Y.K.Wei & Y.B.Huang in honour of Mr Daigui. We made extensive searches of the area during 2011, 2012, and 2015, but found that this species only exists at two separate locations, with each population comprising about two hundred mature individuals in an area of 2 km2 and subject to extreme fluctuations in numbers from year to year. The habitat is vulnerable to degradation caused by increasing tourism and human disturbance. We therefore classify Salvia daiguii as ‘CriticallyEndangered’ (CR) according to IUCN guidelines and suggest that immediate measures should be taken to ensure the long-term survival of this species in its natural habitat. Salvia daiguiiis clearly adapted to a wide range of environmental stresses in its natural habitat, and plants growing at the Chenshan nursery are tolerant of high temperatures, drought, salinity and acid rain. Although we were not able to obtain many seeds in the field, asexual reproduction is very easy and a large population has been established in the nursery. We have begun experiments inartificial hybridization using S. daiguii to see if some of its qualities can be transferred to other species. 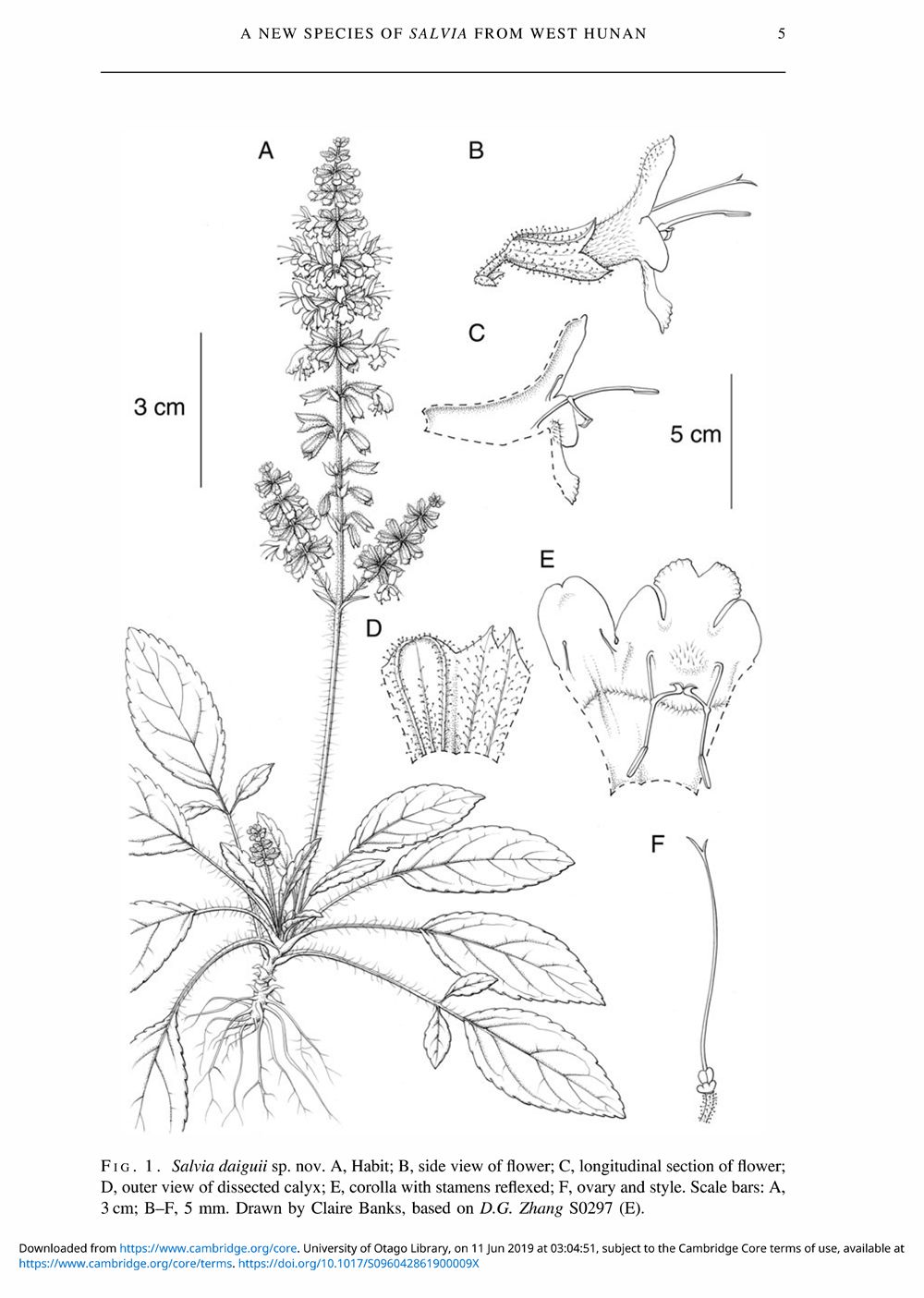 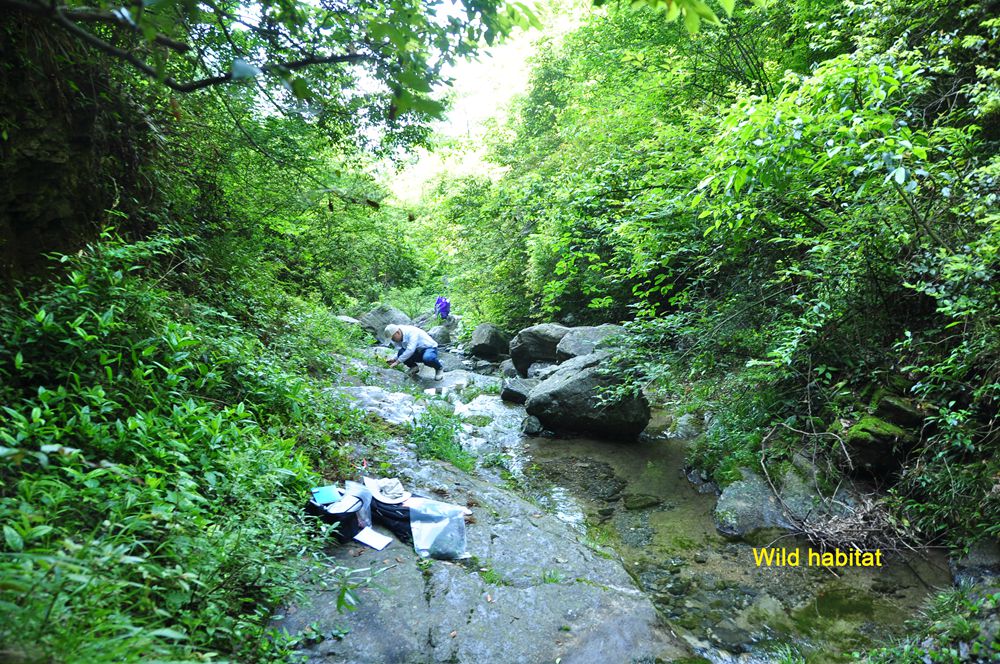 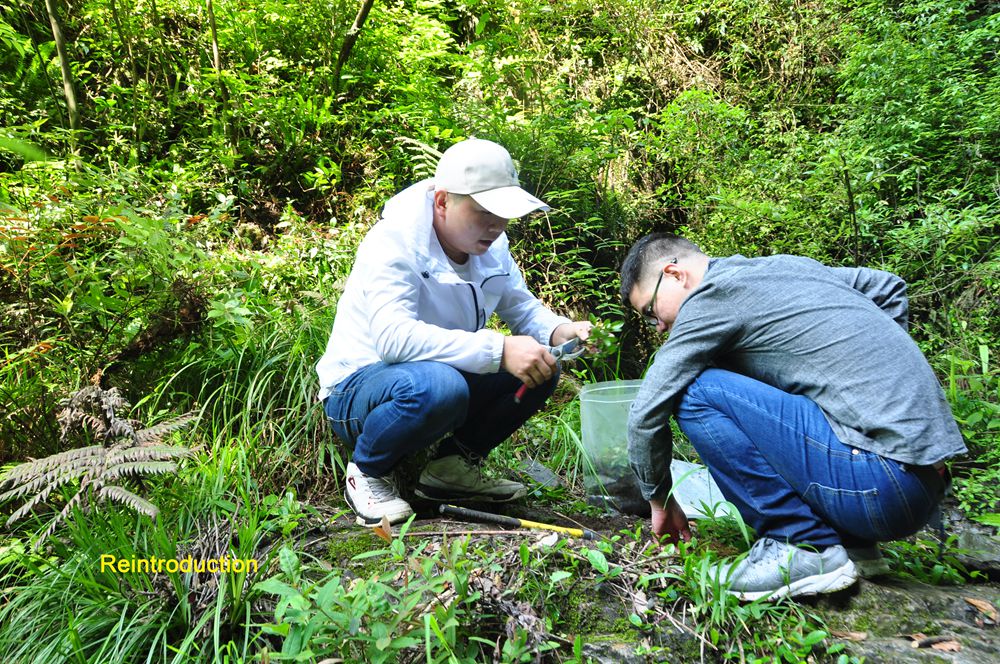