The Lamiales are an order in the asterid group of dicotyledonous flowering plants. As presently circumscribed, Lamiales are one of the largest angiosperm orders with about 25 families and 21,000 species. However, there are still two small, enigmatic Southeast Asian genera, Cyrtandromoea and Wightia, whose phylogenetic positions are controversial with respect to familial placement.

In a recent issue of Journal of Systematics & Evolution, Chinese botanists reported a new family, Wightiaceae, which is the 26th family recognized in Lamiales.

The researchers designed three datasets to explore the phylogenetic positions of Cyrtandromoea and Wightia by two steps.

For the first step, they tested the approximate positions of Cyrtandromoea and Wightia in the context of the phylogeny of whole Lamiales using six chloroplast coding regions (atpB, matK, ndhF, psbBTNH, rbcL, and rps4).

For the second step, they utilized a more focused chloroplast dataset with 64 accessions, cpDNA-64 =, including six chloroplast markers (atpB, matK, ndhF, rbcL, rps16, and trnL-F) and a nuclear DNA dataset with 59 accessions, nrDNA-59 (Appendix III), including two nuclear regions (ETS and ITS), were generated in order to ascertain more precisely the placement of Cyrtandromoea and Wightia within the LMPO clade (including Lamiaceae, Mazaceae, Phrymaceae, Paulowniaceae, and Orobanchaceae)..

"Our results revealed that Cyrtandromoeawas consistently nested within Phrymaceae, while Wightia was supported as sister to Phrymaceae by cpDNA dataset or sister to Paulowniaceae by nrDNA dataset", said Dr. LIU Bing from Institute of Botany of the Chinese Academy of Sciences (CAS).

The researchers proposed Cyrtandromoeawas as a new tribe in Phrymaceae.

"Considering the distinct morphological differences between Wightia and other families in the LMPO clade, we here propose a new family, Wightiaceae, to accommodate it, which is the 26th family recognized in Lamiales", said TAN Yunhong of Xishuangbanna Tropical Botanical Garden (XTBG).

The Wightiaceae currently contains only two species (W. speciosissima and W. borneensis) in one genus (Wightia) and occurs mainly in Indo-Malayan tropical forests.

The Wightiaceae is characterized by large simple leaves with extra-floral nectaries on the lower surface, large flowers in axillary thyrses or racemes, campanulate calyces with indistinct lobes, septicidally dehiscent capsules, winged seeds without endosperm, and the presence of stellate and dendroid hairs. 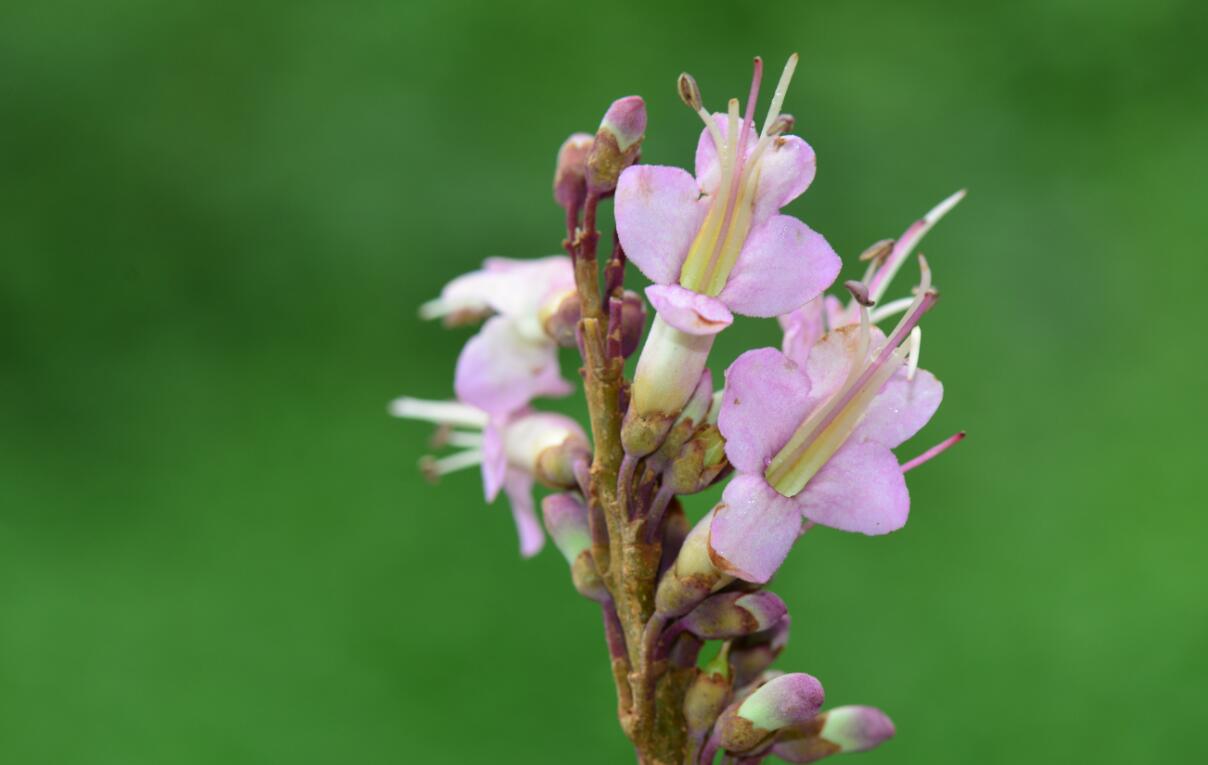 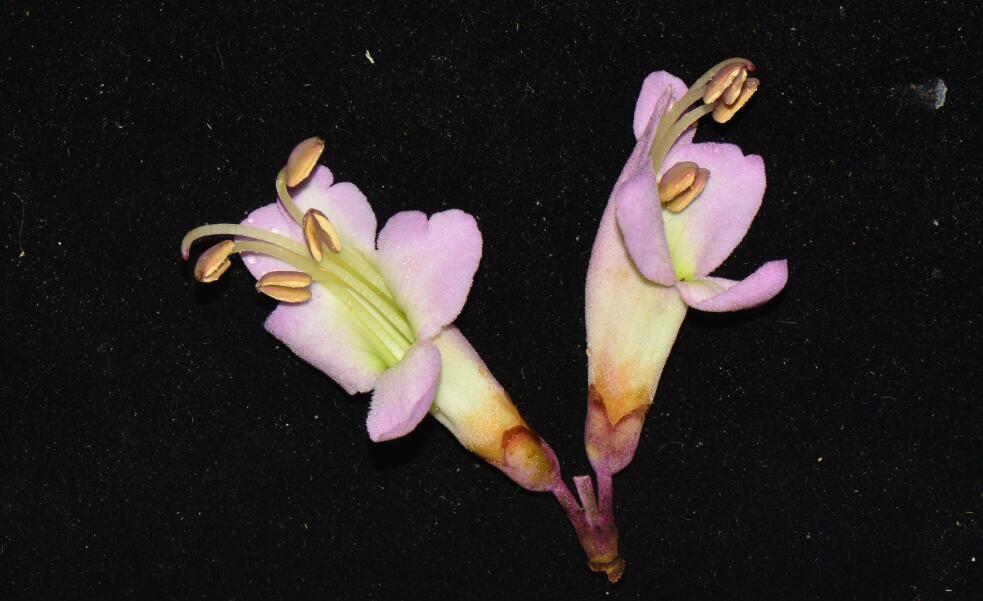 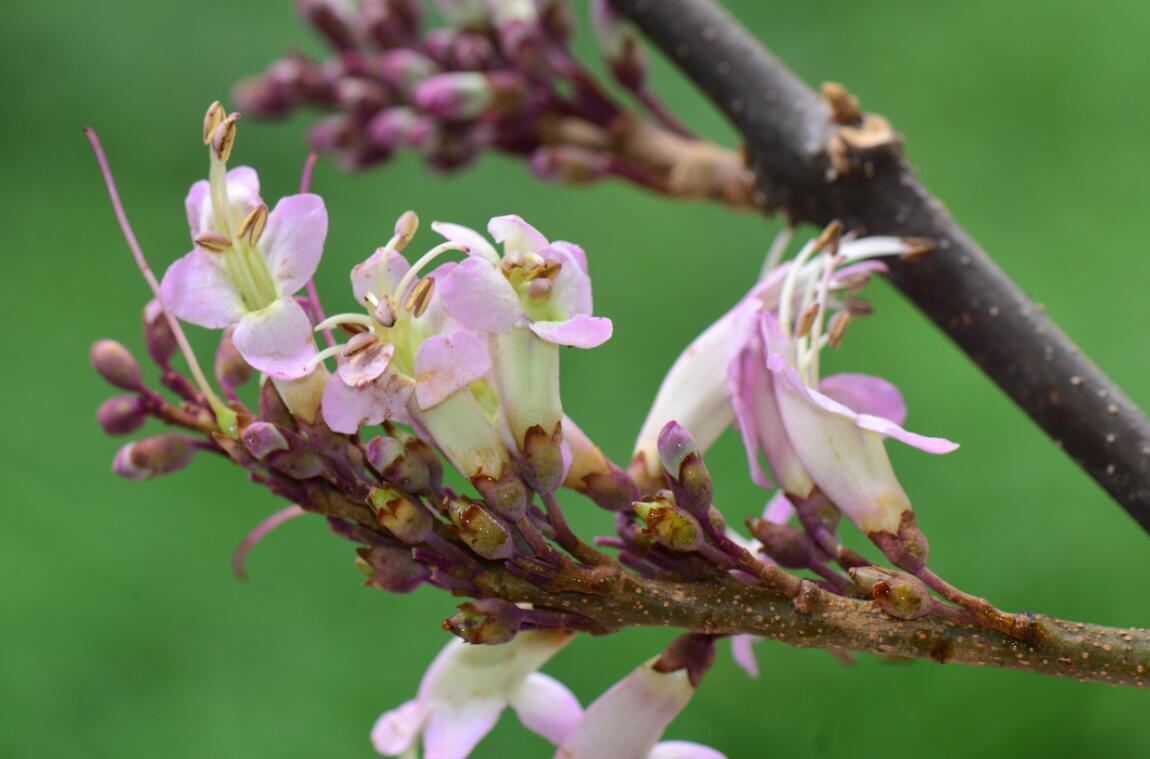