Ferns, originated about 360 million years ago, are the sister group of seed plants. Despite the remarkable progress in our understanding of fern phylogeny, with conflicting molecular evidence and different morphological interpretations, the evolutionary relationships among major fern lineages remain controversial.

With the aim to address this worldwide challenging problem, a collaborative research led by Prof. Yue-hong Yan of the Shanghai Chenshan Botanical Gardern (Shanghai Chenshan Plant Science Research Center, CAS) made a reconstruction of fern relationships using large scale phylotranscriptomics analysis. The work, entitled “Large scale phylogenomic analysis resolves a backbone phylogeny in ferns”, was published in GigaScience on November 24, 2017 (https://doi.org/10.1093/gigascience/gix116). All the datasets, including the RNA-seq data, the matrices, the scripts were opened in GigaDB (http://gigadb.org/dataset/100353, DOI:10.5524/100353).

In this study, it took nearly 4 years to obtain a high-quality RNA-seq dataset that covered 69 fern species from 38 families and 11 orders. Considering the complicated evolutionary history and the big genome size, the “one to one” orthologous genes were selected as phylogeny markers. Two gene sets that differed in gene number and species occupancy rate were used for species tree estimation, based on both coalescent-based and concatenation-based methods.

The study confirmed that Equisetales is sister to the rest of ferns, and Dennstaedtiaceae is sister to eupolypods. Moreover, the results strongly supported some relationships different from the current view of fern phylogeny, including that Marattiaceae may be sister to the monophyletic clade of Psilotaceae and Ophioglossaceae; Gleicheniaceae and Hymenophyllaceae form a monophyletic clade sister to Dipteridaceae; and that Aspleniaceae is sister to the rest groups in eupolypods II. These results were interpreted with morphological traits, especially sporangia characters, and a new evolutionary route of sporangial annulus in ferns was suggested. 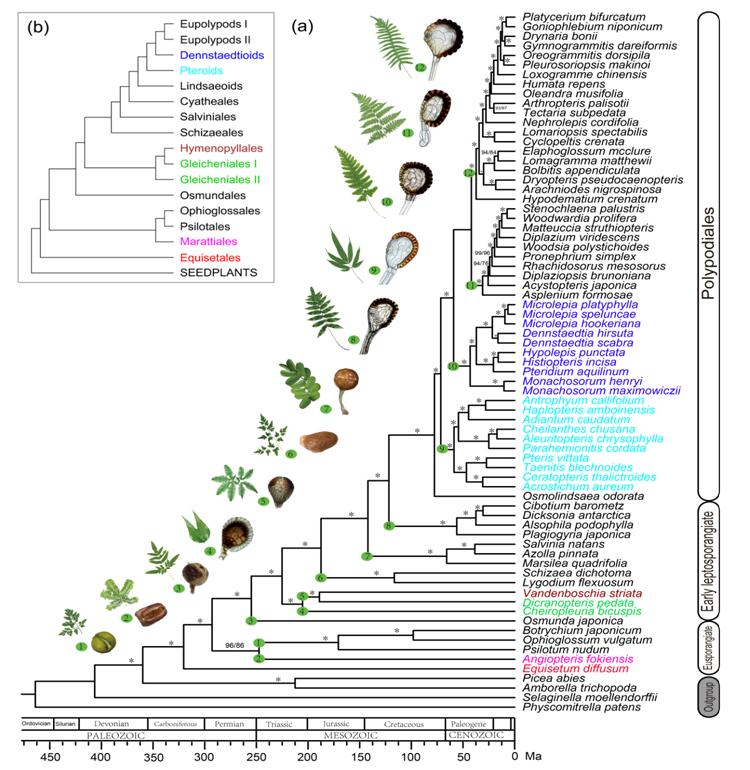 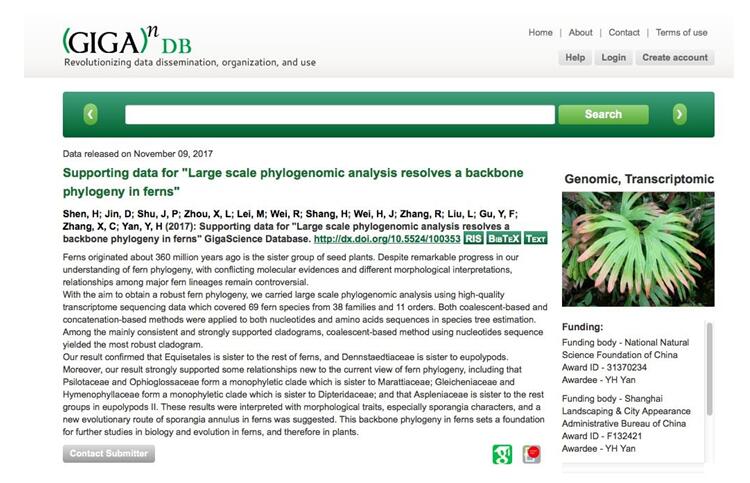