Group of Plant systematics and evolution from Chenshan Botanical Garden through large scale field work and sampling, combined with phylogeography and Species Distribution Modeling to untangle the evolution patterns of Q. kerrii. A total of 403 individuals were sampled from 44 populations throughout southwest China. SDMs and mismatch distribution analysis indicated that Q. kerrii has undergone northward expansion since the Last Glacial Maximum (LGM). Quantitative analysis revealed that the range expansion of Q. kerrii since the LGM exceeded that of the sympatric mid-elevation species Quercus schottkyana, likely owing to their contrasting distribution elevations and habitat availabilities. The historical climate change since the LGM and the latitude gradient of the region played an important role in shaping the genetic diversity of Q. kerrii. The genetic differentiation index and genetic distance surface of Q. kerrii populations east of the Tanaka line exceeded those to its west. The long-term geographic isolation and environmental heterogeneity between the two sides of the Tanaka line might increase species divergence patterns and local adaptation.

This work was published online on the official journal of the Genetics Society, Heredity, on 27th December 2017.This work was supported by grants from the National Natural Science Foundation of China (31700174 and 31270267), the Shanghai Municipal Administration of Forestation and City Appearances (G152428, G162404, G162405 and G172406), and Southeast Asia Biodiversity Research Institute, Chinese Academy of Sciences (Y4ZK111B01). 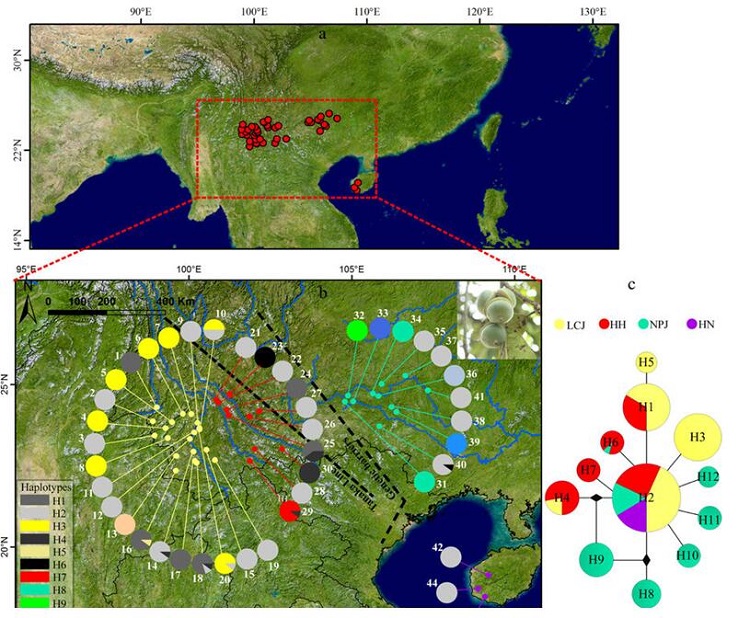