Group of Plant systematics and evolution from Chenshan Botanical Garden using orthologous sequences from RAD-seq to reconstruction the phylogeny and biogeography of Quercus section Cyclobalanopsis, a dominant lineage in East Asian evergreen broadleaved forests (EBLFs). The phylogeny of Quercus section Cyclobalanopsis demonstrates the section to be monophyletic, comprising two main lineages and six subclades that are well supported by anatomical traits. Biogeographical reconstructions indicate that the wide northern hemisphere distribution of Quercus was disrupted in the Late Eocene, leading to the main extant groups at about 33 Ma. The earliest divergences in section Cyclobalanopsiscorrespond to the phased uplift of the Himalayas and lateral extrusion of Indochina at the transition of the Oligocene and Miocene, where the highest rate of diversification occurred in the late Miocene. Dispersal from Sino-Himalaya and the Palaeotropics to Sino-Japan in the Miocene was facilitated by the increased intensity of East Asian summer monsoons and by the Middle Miocene Climatic Optimum.

These results highlight the importance of climatic changes and Indo-Eurasian collision-induced tectonic activities from the Neogene onward to the spatial-temporal diversification patterns of Asian EBLF lineages. This work was published online on the journal of Molecular Phylogenetics and Evolution, on 22th November 2017. This work was supported by grants from the National Natural Science Foundation of China (31270267, 31700174), the Shanghai Municipal Administration of Forestation and City Appearances (G172406, G162405, G162404 and G152428). 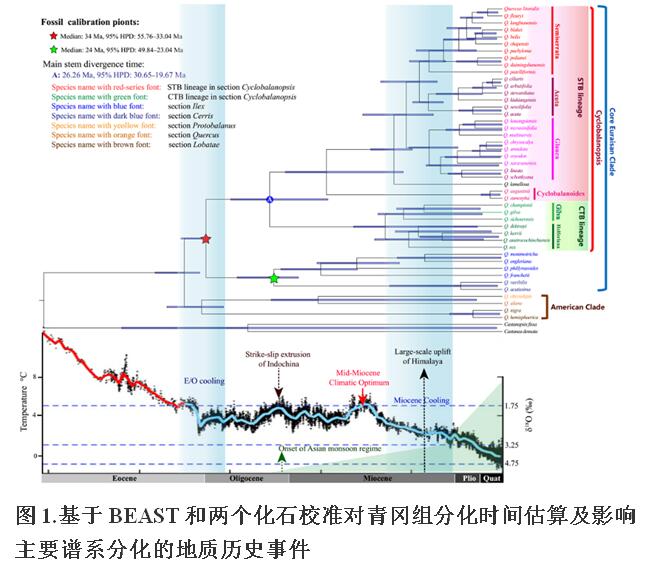 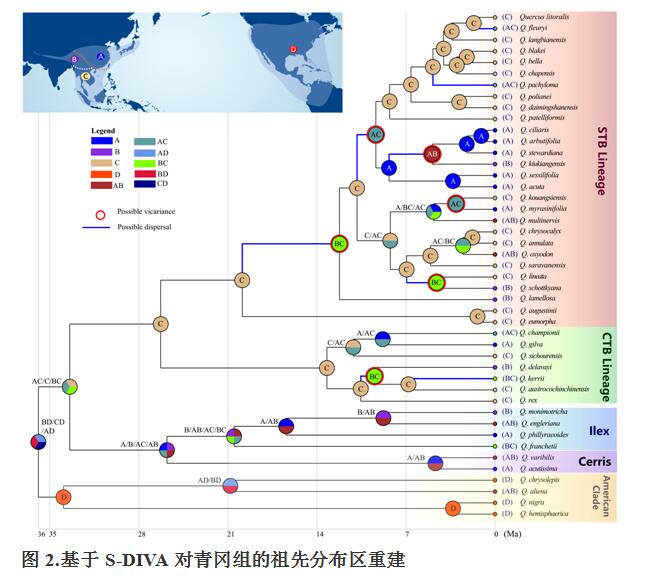