As the Dragon Boat Festival is approaching, a summer flower show will be held at Shanghai Chenshan Botanic Garden between June 7th and 24th to further enrich citizen experience during the festival and to guild their awareness of environmental protection and meanwhile advocating and spreading flower culture, presenting visitors the mysterious and wonderful botanic world from multiple perspectives and angles. The show is with a theme of ‘life as summer flowers, with bamboo leaves fragrance’, which takes tawny daylily and hosta as main flowers, presented in ways of ground plants, potted plants and combined landscape. It's also the first time that part of the tawny daylily species that won Stout Award at US tawny daylily Association and the hosta species that won Benedict Award at US Hosta Association are exhibited at Chenshan Garden. In the meantime, 5 main exhibition areas are planned as ‘Garden of the heart’, ‘Send love with daylily’, ‘Hosta stamen in order’ ‘Nepenthe of daylily and hosta’ and ‘Colorful daylily’. It’s a feast for eyes with various flower types, beautiful poses and splendid colors.

‘Garden of the heart’ is located in Hall 1. It gives a full presentation of multiple application forms of daylily and hosta, with ground plant, combined potted plant, mini potted plant and other plants at same floral season, accompanied by flower decoration and preserved flowers.

‘Send love with daylily’ is located in the core area of specified garden of perennials. It’s about ‘love’ and exhibits 136 daylily species such as spider type, gimp type and triangle type, in the way of potted plants. Meanwhile, Ormosia as the love token is also used to enhance the love and miss. They echo as plant and tree, at high and low levels.

‘Hosta stamen in order’ is located at Mining Pit Garden, and it mainly exhibits 46 large hosta species. Part of the floral leaves species is also presented among the plants.

‘Nepenthe of daylily and host’ is located at the coffee bar platform in Rock Medicinal Garden. It concentrates on presenting potted plants of daylily and hosta, accompanied by combined pot plants of perrennial flower and herb flowers from the same season, to create a worries-free, relaxing and tranquil atmosphere. In addition, 8 daylily species that won Scout Award at US Daylily Association as well as 8 hosta species that won Benedict Award at US Hosta Association are exhibited in the garden for first time.

‘Colorful daylily’ is located on the Key wreath in East China Botanic Garden. Classified planting is applied according to daylily color system of red, pink, orange, yellow, purple and white, each strip being planted with one same color. Different stripes contribute to a colorful rainbow band. This planting method corresponds with the ‘beating of notes’ in the design of key wreath. Daylily and other perrennial flowers achieve subtle changes of rhythms and colors through pattern layout and mutual overlapping and express a conception of ‘searching grass on foot and leaving worries behind in blossom’.

Chenshan Botanic Garden, as one of the green name card of Shanghai urban development, not only applies daylily and hosta to the setting, but also builds specified gardens focus on collecting daylily and hosta. Besides, it also brought in over 200 daylily species and 129 hosta species. The summer flower show is one of the featured shows at Chenshan garden, which has been constantly pursuing innovative exhibition forms and refined quality. Expect for featured daylily and hosta this year, it also presents nearly a hundred hydrangea species and 400 irides species, to build an application platform for new technology and species in the Industry through featured flower exhibition, and to forge Chenshan Summer Flower Show to become the real booster that drives the development of Shanghai floral application Industry and the vane that leads citizen to environmental protection. 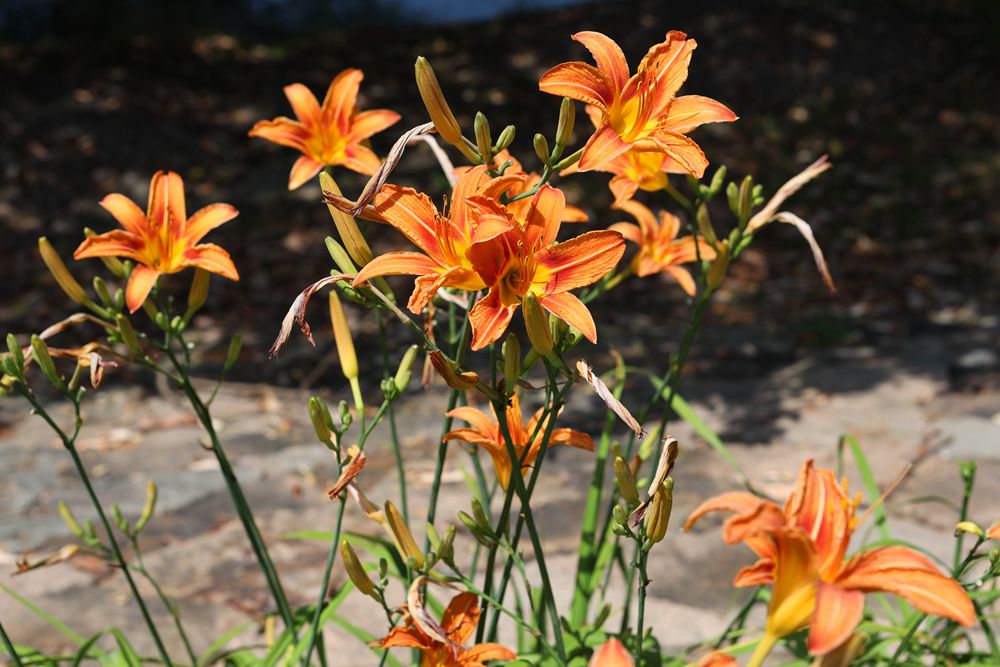